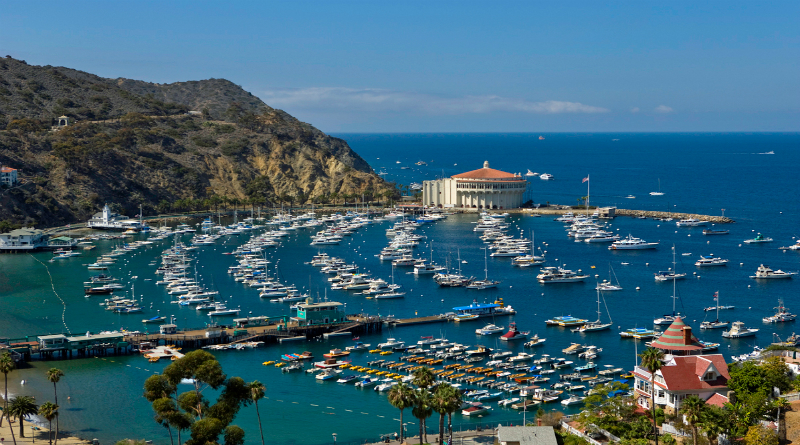 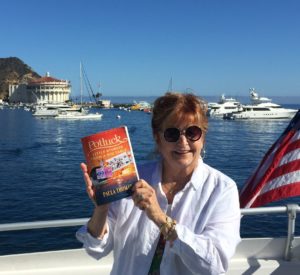 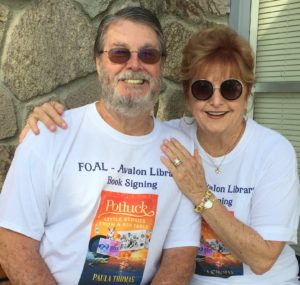 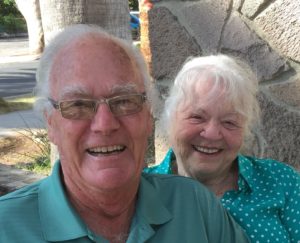 “Sorry my suitcase is so heavy,” I told him, as I fumbled around in my purse for an adequate tip.

“What’s in this thing?” He asked, trying not to sound irritated and genuinely bewildered by the immense weight.

“It’s my rock collection,” I said, laughing.  “Never go anywhere without it.”

Okay, I don’t profess to be a professional decorator, but who on earth decorates a hotel in a beautiful seaside resort with oversized, dark, heavy, inexpensive Spanish furniture?  The bed had a headboard that consumed almost the entire wall and the bed was huge… a Cyclops could have slept in it.  Enormous bedside stands flanked the bed but held reading lights so dinky they would have easily fit into a Barbie Castle.  The bathroom had a plastic oval sink completely embedded with silver glitter (I’m not making this up) and rested upon a Bombay-style chest that engulfed the space to the point that there was no room for a trash can on either side of the sink.  The lights above the sink didn’t go with the Spanish décor (think Nantucket nautical).

The air conditioner, window-mounted of course, ran so loud that you had to turn the TV up to the point that the voices of the people speaking cracked and distorted.  Then, when the room was cooled to the appointed temperature, the A/C would turn off and you had to quickly reduce the TV’s sound level or the boats floating in the harbor would hear the announcer on Antique Roadshow.  It was impossible to relax.  Honestly, I felt like I was trapped at a Guns ‘n Roses concert.

When Alan arrived home after golf, he was winded (of course) and thirsty.

“Where’re the glasses?” he asked.  “I can’t find any glasses.  Like anywhere.”

I called the front desk and explained that the housekeepers forgot to leave drinking glasses.  I was also thinking to myself that bottled water in the room would have been a nice touch since Catalina has a water shortage and the local tap water tastes like a heavily-chlorinated swimming pool.

“Sorry about that,” came the response on the phone.   “We have plastic glasses here in the lobby.”

She did not laugh.   Silence ensued.  I felt a theme developing.

Hotel placement aside, we had a wonderful time in Catalina.  The book signing at the Avalon Library was a big success.  Lots of old friends (still young at heart) dropped by as well as some nice folks spending the day on the island.  I really appreciated the hospitality of the gals from FOAL, Judy Grear and Dr. Alison Osinski, as well as Assistant Librarian, Suzanne Moscoso and Paul, who moved tables around and helped put up my posters. 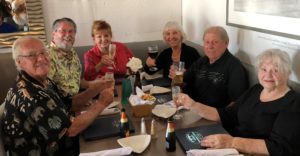 Later that evening, as the sun was setting over Avalon Bay (which was TOTALLY visible from our table in the restaurant), we shared a delicious dinner at Steve’s Steakhouse with Bob, Donna and old friends from Avalon, Trudy and Joe Saldana, former owners of the much-loved, Coyote Joe’s Bar and Restaurant.  Joe and my husband were school classmates and Trudy is very active in the community, so dinner chatter fluctuated between talk about the good old days and what’s ahead for the city we all know so well. 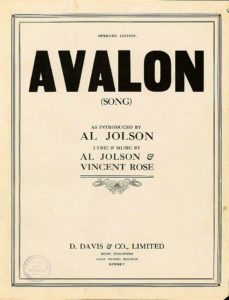 We have so many wonderful memories of Avalon.  My husband grew up there, we met each other there, and we were the “first” couple to ever receive a marriage license on the island (our 15 minutes of fame).  We spent several summers living in Alan’s parents’ downstairs room, having fun as newlyweds, working long hours and earning enough for another year of college.  Later, there were numerous summer vacations camping on the backside of the island with our children and their friends.  In our even later years, we returned to live on Catalina Island in the home we built on Descanso. Because of this, “our song” is, of course, I Met My Love in Avalon, by Al Jolson and Vincent Rose.  And so, I think it’s fitting to end with the words to that song…

I found my love in Avalon

I dream of him in Avalon
From dusk until dawn
And so I think I’ll travel on
To Av-va-lon.”