“Oh my God,” I repeated silently to myself, “The longitude and latitude of his last known coordinates is all Ludora has left of her precious son.” 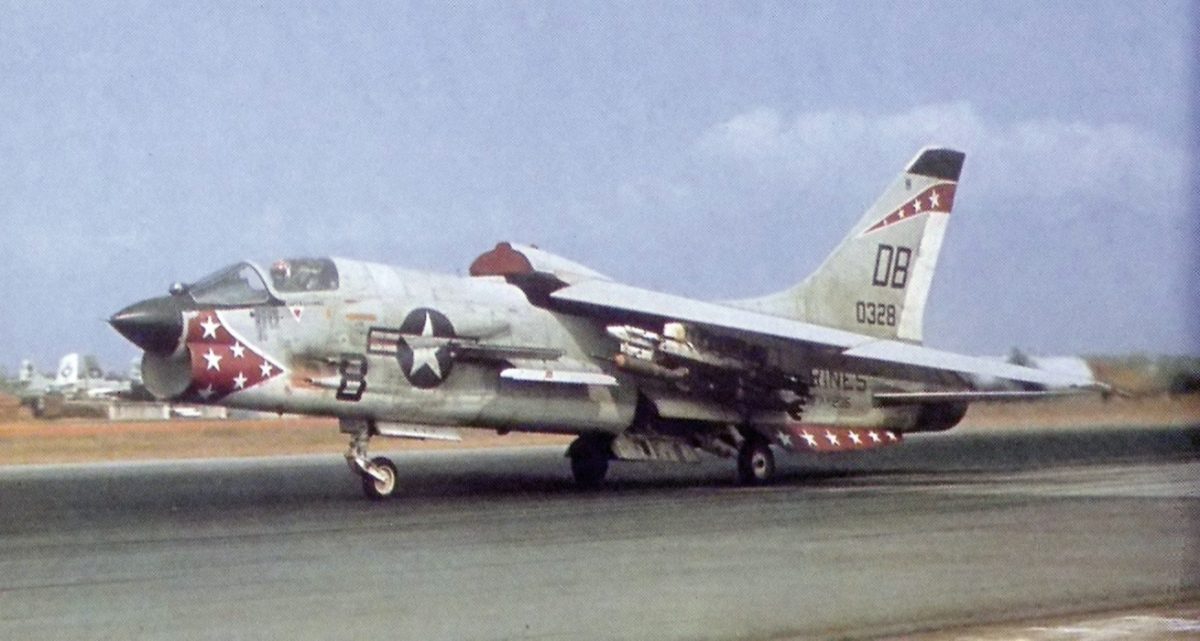 I had not seen Paul Swigart’s mother, Ludora, for several years when I ran into her at the supermarket one afternoon in Seal Beach, the city where Paul and I grew up.  Ludora was one of the sweetest ladies I ever met.  Always upbeat and friendly, she was one of those moms that made you feel special when you were a little kid.

With curly red hair that fell about her shoulders, Ludora had an engaging smile and was still beautiful, despite a cluster of wrinkles pinched around her gentle blue eyes.  We shared a big hug and our conversation quickly turned to Paul, her handsome son, my former classmate and a Navy pilot serving off the coast of Vietnam during the war.  Paul and I had been close since kindergarten.  We often chased each other in a game of “Tag” on the blacktop during recess and ate together at lunch.  Because both our last names started with “S” (Swigart and Strother, my maiden name) and seating was alphabetical, we almost always sat side-by-side in class.  All through junior high and high school, our lockers were close to each other, so our contact was constant.

Goofball that I was, it wasn’t until my wedding day, when Paul and I hugged at my reception, that I discovered Paul had once thought of me as a potential girlfriend.  During that hug, he whispered in my ear, “I always had a crush on you.”

I thought we were just buddies!

“How is Paul doing?” I asked his mom eagerly, there in the store.  I peppered Ludora with enthusiastic, rapid fire questions.

“Did he ever get married?  Oh my gosh, he became a Navy pilot?”

Later, sitting in my car, I looked at the scrap of paper that held my old friend’s address and mused about Paul.  He was such a nice person, like his mom.  I never heard him utter an unkind word about anyone.  He was quiet, but not shy or awkward.  Confident and intelligent, I wasn’t surprised that he was creating an impressive career for himself in the U.S. Navy.

“Wow,” I thought to myself.  “My little buddy, the kid on the monkey bars, is flying jets in Vietnam.”

Later that evening, after the kids were tucked in bed and my husband was asleep, I sat at the kitchen table and typed him a long, chatty and upbeat letter.  I gave him a quick update on my life, talked about my kids, my career in real estate and some of my idiotic adventures as a mom.  My goal was to lighten his load emotionally and give him a chuckle.  Making him laugh was always a part of our relationship.

I wrote, “I think about you every time the newscaster talks about the events unfolding in Vietnam.”  I thanked him profusely for his service and added, “You stay safe my friend.  You hold a very special place in my heart.”

About a month later, I received a letter back from Paul.  He was so happy to hear from me.  He told me how much he loved flying.  He told me he flew A Vought Crusader Fighter (F-8H).  “It’s pure sex!” he added. “I’d love to fly someday with the Blue Angels.”

I remember how he closed the letter, “You never let me down girl, you still make me laugh.”

I hugged the letter to my heart and said a little prayer.  “Please God, keep Paul safe.”

A couple of months later, I spied Ludora again in the market.  Anxious to tell her about my communication with her son, I approached her quickly with a smile filling my face.  But, when our eyes met, I knew something was terribly wrong.  And I knew what it was without being told.

“Oh no!” I said, already crying as she started to tell me.

Paul’s mother explained that her son’s jet crashed as he was landing in rough seas off the coast of North Vietnam.  Paul was a member of Fighter Squadron 24, Carrier Air Wing 21 aboard the Aircraft Carrier USS HANCOCK (CVA-19).

“I have his last known coordinates,” Ludora said softly, as she fumbled through her purse and retrieved an official looking document from the Navy.

“Oh my God,” I repeated silently to myself, “The longitude and latitude of his last known coordinates is all Ludora has left of her precious son.”

We two mothers stood silently for several minutes staring down at the numbers on the paper as tears flowed in a continuous stream down Ludora’s powdered pink cheeks.

I could only give her my condolences as we hugged and hugged and hugged.  As we embraced, I told her Paul and I had exchanged letters and how happy we both were that we had made contact after all these years.  Unconcerned with the lookers-on, we stood crying and hugging in the market for a very long time in the small town we both knew so well.

“You know, Paula,” Ludora told me, as she dabbed at her tears with a tissue.  “I think I know why the Navy never recovered his body.”

“Why?” I asked, struggling to keep my composure as this frail sweet lady clung to my arms.

“Well, Paul used to tell me he saw dolphins swimming next to the carrier.  He loved how the dolphins played and surfed in the wake of the giant ship and jumped about in the open sea.  I think some of those dolphins picked Paul up after the plane crashed and they took him to an island somewhere.  I think that’s where he is.  That’s possible, isn’t it Paula?”  Answering her own question, she said, “Yes, that’s possible.  Anyhow, that’s what I’m choosing to believe?”

During Paul’s memorial services in San Diego, California, I had the opportunity to meet his lovely wife and son.  Held in a small chapel on base, the church was full to capacity with handsome Navy officers dressed in summer whites and with civilian friends and family.  The service gave witness to the closeness and camaraderie of Paul’s Navy family.  The missing man formation, a fly-by aerial salute, concluded the ceremony.  As the formation passes overhead, one of the aircraft pulls up and flies skyward, symbolizing the person who has been lost.  The crushing sound of the jet engines overhead, the massive vibrations that shook the ground of the chapel, and the image of one jet breaking away and flying into the heavens, created an emotionally-charged atmosphere I will never forget.

On this Memorial Day, my heart goes out to all the families of all the Paul Swigarts in America.  I send my sincere appreciation and thanks for the ultimate sacrifice you made for America. God bless you all and God bless America.